Magick is probably the most important element in fantasy. It is covered in this chapter down to the very spells like controlling fire and cursing to the various magick items. 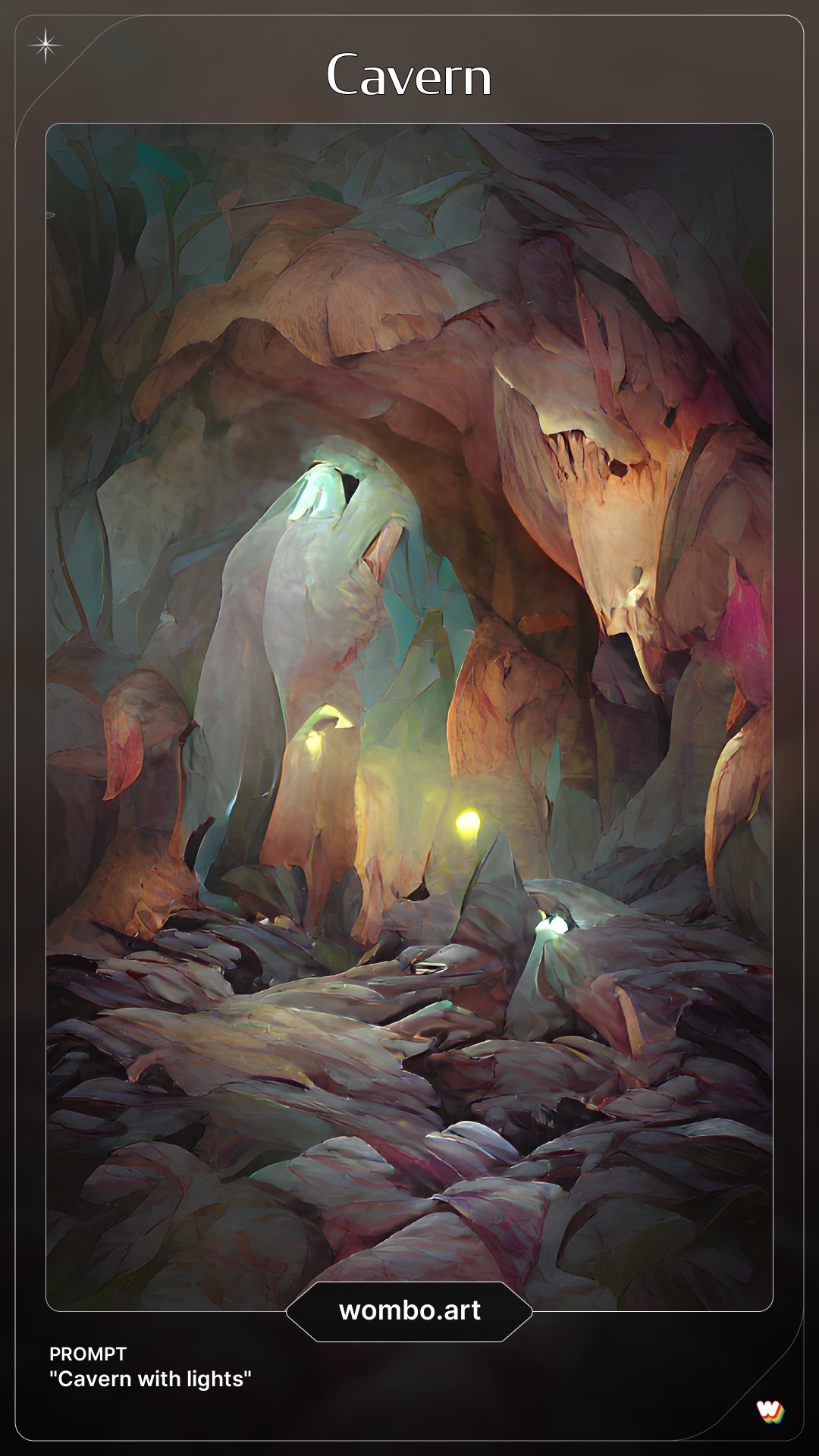 Amar RPG has multiple playable magick systems. The current systems developed and implemented into the game are:

Spell magick is all the spells done by sheer exercise of will. This is the true wizard pointing at the dragon and shooting forth a bolt of lightning. Spell magick is powered by the magical aptitude.

Ritual magick is based on ritual magick lore. It deals with the forces in nature itself and the ways of manipulating them. Here we have the standard witchcraft with time consuming rituals with loads of props needed.

Alchemy is the domain of the alchemist, a sort of chemist-magician.

In the magick tables you will find specifications on all the magick spells and items. Further descriptions are found in the text.

To detect magick, make an MA roll (MA+O6) to get higher or equal to the DR of the magick you try to detect. Such a roll does not reveal the type of magick.

Commercial Use of Magick

Setting up shop and dealing in spells or magick items like they were normal goods, or teaching spells to anyone who pays for it, will at the very least result in being frozen out by any respectable magician, who will refuse to have anything to do with you. Quite likely some magician will do something more drastic to put an end to it.

Some spells require the true name of the target. Your true name is the name given at birth.

In certain cults the members may also receive magick in the form of miracles from their god. Members (initiates and above) of such cults have a certain cult standing. This indicates how much their god appreciates them. This cult standing increases or decreases according to the actions of the individual cult member.

This varies with the cult, but usually includes having been a lay member for one year, an initiation act appropriate for the cult and often relevant skill requirements, etc. An initiate will often have access to cult training.

This varies with the cult, but usually includes having been an initiate for at least five years, having a cult standing of at least 10, a priesthood act appropriate to the cult and often relevant skill requirements, etc.

If you pray for divine intervention, your cult standing + d must match the difficulty rating of the miracle as determined by the GM. If it is critical an initiate gets +5 and a priest +10 on the roll. The difficulty rating should follow the difficulty ratings for spell magick, less if it lies directly within the domain of the god (i.e. asking Ikalio, the sun god, for light), more if it is not appropriate (i.e. asking Ikalio for water). A priest loses the number of points indicated in the table below whether or not the miracle is granted. An initiate loses the same if it is granted, but double if not. Note that Enchant Item, Permanency and Resurrection cost twice as much cult standing as normal. A failed resurrection also reduces the magical aptitude of the supplicant by 3.

To successfully cast a spell, roll the dice adding your path lore. The total must equal or exceed the DR + Spell Level. The character states what level of the spell he or she intends to cast (up to the trained level).

Ususally you would only cast one spell per combat round (6 seconds). If you choose to cast two spells in a round, you get -5 on each roll for success. To cast three spells, you get -10, etc (-5 to all rolls per extra spell cast per round, just like with attacking penalties for attick several times with a weapon per round).

If you cast a spell, you cannot do anything else that round. The spell takes effect at the end of the round. If more than one person is casting a spell, the spell of the caster with the highest awareness roll takes effect first, etc.

The symbolic value of items used to cast spells on or with may make it easier or more difficult to cast a spell. It may subtract as much as 2 from the DR or add as much as 5. I.e. it is easier to cast light on a perfect diamond than on a piece of charcoal. All such adjustments are at the GM’s discretion. The DR given for the spell should be used for most occasions.

If the spell can be resisted and is supposed to affect an unwilling target, add the magick defense of the target to the DR. The Magick Defense (MD) equals 1 per full 3 in current Magical Aptitude Endurance.

You automatically resist spells when you are unaware of the spell. An unconscious target does not resist.

Whenever you cast a spell, you loose 1 in magical aptitude, even if the spell fails.

With negative magical aptitude the caster is dead.

You may not learn spells if you have a magical aptitude of 0.

If two or more magicians try to control the same object(s) or area, the one with the highest spell level succeeds.

Unless otherwise noted the area, range and weight is multiplied by the spell level, and the duration increases one step on the table below per level above one.

An awareness roll exceeding the total (DR+level) of the spell will penetrate the illusion. If the roll equals the total the character will notice that something is strange. If the character is suspicious he will get +3 on his roll.

Disembodied spirits have the ability to cast the “spells” listed in the table below in addition to any spells they may have learned the normal way. The duration of these “spells” is a number of minutes equal to the caster’s current MA, and they are cast using the current MA + d.

Spells normally contain vocal and somatic components. These components are not absolutely necessary to cast the spell, but it is harder if you don’t use them. The penalties are as follows: -1 for moderating a component, -2 for discreet usage and -3 for not using it. These penalties are per component and cumulative, i.e. moderate somatic and no vocal equals -4.

You recover your magical aptitude after a good nights sleep. A short/uneasy sleep may give a partial recovery.

To cast a spell with a range of “touch” on an unwilling opponent, you must make a successful unarmed attack on him the following round. You get a +3 modifier on this.

A magick critical occurs when you roll a double 6 when casting a spell. A Critical roll indicates a successful casting of the spell. You also roll on the Magick Criticals table below. If the critical is not applicable, pick the one below. Roll first for the category, then for the specific critical.

A magick fumble occurs when you roll a double 1 when casting a spell. A fumble roll indicates a failure to cast a spell. You also roll on the Magick Fumbles table below, adding the current MA to the open ended dice roll. If the fumble is not applicable, pick the one above. Roll first for the category, then for the specific fumble.

There are several categories of spells: Basic categories and categories devoted to specific Gods. The list below contains the basic categories. Each is a link to the page listing all the spells in that category. Click on the spell names in the table on a spell category page to see the description for each spell.

The abbreviations used in the tables are:

"Forbidden spells" are spells that has been banished from Amar and are not taught at Academia Magicka. If an character is seen using a forbidden spell or knows forbidden spells, the character will be reported to the kingdom and will be punished with jail until further actions are taken.

There are some who quest for forbidden spells. Such a wizards is usually human and known as a Spell Searcher.

To successfully perform a ritual, roll the dice adding the ritual magick lore. The total must equal or exceed the DR of the ritual to be effective.

There are no spell levels for ritual magick. All rituals have a set of ingredients and along with a given formula produce a certain effect.

Rituals usually include a lot of special ingredients mixed in a very special way. This is followed up by poems, strange words or even songs or dances. The ingredients and gestures needed is described under each ritual.

The ingredients listed under each ritual are only suggestions and should be further specified by the GM. The ingredients such as the herbs could be fresh or dried at the GM’s discretion.

The sequence the ingredients are put in is left for the GM to decide as well as any other body motions or words needed to succeed with the magick. Those ingredients marked with an asterisk are reusable.

Having the Written Formula

Having the written ritual formula to go by will lower the difficulty rating by 3.

Potions or amulets usually include a lot of special ingredients mixed in a very special way. This is followed up by poems, strange words or even songs or dances.

The ingredients and gestures needed is described under each potion or amulet.

The ingredients listed under each potion or amulet are only suggestions and should be further specified by the GM.

The ingredients such as the herbs could be fresh or dried at the GM’s discretion.

The sequence the ingredients are put in is left for the GM to decide as well as any other body motions or words needed to succeed with the magick. Those ingredients marked with an asterisk are reusable.

Having the Written Formula

Having the written formula for the potion or amulet to go by will lower the difficulty rating by 3.

Magick items can be created in several ways. The spell path of Magic Magick has a spell called Permanency that is used to forge magick items. Natural Magick is another way to achieve the same.

Potions usually take about one hour to make and the effect will last for of one hour. The skill of Natural Magick is used to create potions.

In the potions and amulets table, you will find a column labeled Duration. The time given in this column is approximately how long the potion will keep and still have the described effect(s) if it is kept in a sealed container. After this time period, the potions will deteriorate in effect. How long it will take for a potion to become totally useless will vary a lot, but generally it will be about twice the durability.

Some potions will have weird effects after the durability has expired, and quite a few will turn poisonous to some degree, although seldom deadly.